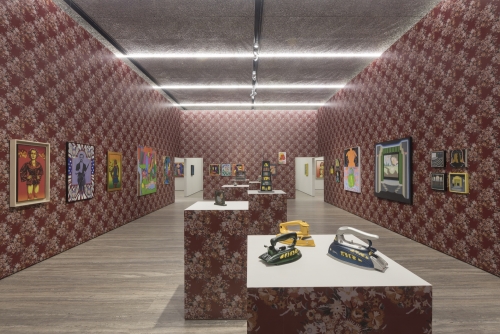 Fondazione Prada
Famous Artists from Chicago. 1965-1975
The project is focused on the employment of a painting style characterized by political commitment, figurative narratives and radical graphics, and therefore rejected by mainstream New York culture – which was more interested in the abstract and impersonal dimensions of art.

“Famous Artists from Chicago. 1965-1975” depicts the energy of the cultural environment of this American city as a center for figurative production, as well as the heterogeneity of the contributions of some artists known as Chicago Imagists (Roger Brown, Ed Flood, Art Green, Gladys Nilsson, Jim Nutt, Ed Paschke, Christina Ramberg, Suellen Rocca and Karl Wirsum), who had identified the roots of their personal research in Surrealism and Art Brut, in a way that anticipated the new tendencies of the 80’s and 90’s, from Graffiti to Street Art, from wild cartoons to urban murals. 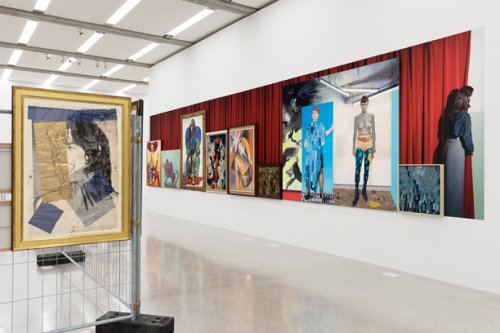 mumok - Museum moderner Kunst Stiftung Ludwig Wien
55 Dates: Highlights from the mumok Collection
The exhibition 55 Dates invites visitors to explore 55 works selected from the mumok collection of around 10,000, in “blind dates” with art. These works do not present a classical perspective on art history but rather a diverse coexistence of ways of thinking, themes, and artistic media.

This exhibition presents a mix of the known and the lesser known, with artists whose names and works have entered art history and others still to be discovered. The unconventional exhibition design by Austrian artist Hans Schabus will facilitate interpretations that go beyond the normal expectations of an overview of art of the twentieth and twenty-first centuries. 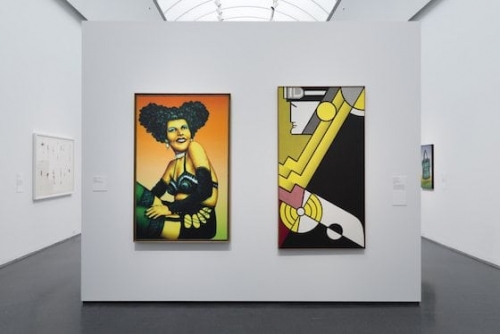 The Street, the Store, and the Silver Screen, Museum of Contemporary Art, 2015

The exhibition is organized around three separate themes that illustrate many artists’ interests during the 1960s and 1970s: the bustling energy of the street, with its preening passersby, garish signage, and automobile-centric organization; the commercialism that supported and surrounded mass produced consumer products; and the allure of Hollywood glamour and celebrity. 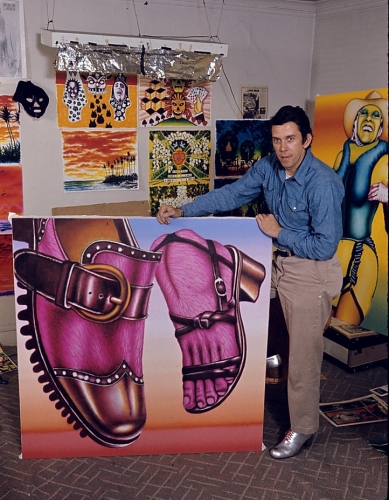 Portrait of Ed Paschke in his Clark Street Studio, Chicago.

Ed Paschke was born in 1939 in Chicago, Illinois. He received both his BFA and MFA from the School of the Art Institute of Chicago. His work has been the subject of numerous solo presentations both stateside and abroad, including exhibitions at Ashmolean Museum, Oxford University; the Art Institute of Chicago; Gagosian Gallery, New York; the National Museum in Wroclaw, Poland; Galerie Darthea Speyer, Paris; Phyllis Kind Gallery, New York; Centre Pompidou, Paris; and the Dallas Museum of Art. His work is frequently featured in major group exhibitions, including recent presentations at Goldsmiths CCA, London; Fondazione Prada, Milan; the Whitney Museum of American Art, New York; the Museum of Contemporary Art, Chicago; the Brooklyn Museum; the Musée du Louvre, Paris; and the Institute of Contemporary Art, Boston. His work is held in numerous public collections around the world, including the Art Institute of Chicago; Centre Georges Pompidou, Paris; the Hirshorn Museum and Sculpture Garden, Washington, D.C.; the Metropolitan Museum of Art, New York; Musee d'Art Moderne Nationale, Paris; Museum des 20 Jahrhunderts, Vienna; the Museum of Modern Art, New York; National Museum of American Art, Smithsonian Institution, Washington, D.C.; the San Francisco Museum of Modern Art; the Walker Art Center, Minneapolis; the Whitney Museum of American Art, New York; and the Yale University Art Gallery, New Haven. Ed Paschke lived and worked in Chicago, until his death in 2004. 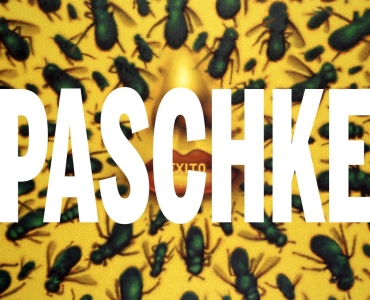